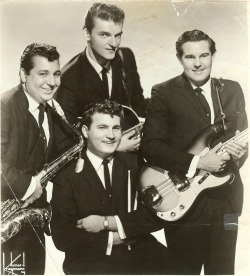 Singer-songwriter Richard Ziegler (aka Ritchie Adams) passed away on March 6, 2017 after a brief illness.  Although Ziegler achieved most of his commercial success as the writer of the music for Bobby Lewis‘ 1961 smash “Tossin’ & Turnin’” and Englebert Humperdinck‘s signature song “After the Lovin’”, doo wopp fans revered him as the original lead
Read Full Article Here