Lenny Cocco has issued a clarification of the litigation surrounding the trademark and right to use the name The Chimes, the group he has led since 1959.  The Chimes, with Cocco, on lead, had two hits in the early 60’s with the old standards “Once in a While” and “I’m in the Mood for Love”.   Pop, Rock & Doo Wopp has obtained a copy of Cocco’s petition to cancel a trademark issued to two of the original Chimes, Pat DePrisco and Richie Mercado, as well as a third individual, John D’Orta.  The trio, along with Cocco, performed together sporadically from 2009 to 2012 as The Original Chimes, and filed for a trademark when the group parted ways with Cocco in June of 2012.

Cocco’s camp says the trademark issued to DePrisco, Mercado and D’Orta is fraudulent on several counts and is hoping that that his common law rights, having used the name for most of the last 55 years, will trump the USPTO registration. A statement released by Lenny Cocco says, “As you may be aware the name The Chimes has been (sic) in litigation. The name The Original Chimes has been issued to a third party. At this point in time we have filed a petition of cancelation (sic) and we await the final decision from the US Patent Trademark Office. The final decision should be made approximately September 2015. Until a final decision is made we are permitted to use our name Lenny Cocco and The Chimes.” 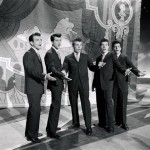