In a time when the artists of the 1950’s and 1960’s are producing less new music than ever, Kid Kyle has picked up the baton and released a brand new CD, filled mainly with doo wopp standards.  The disc kicks off with Anthony & The Sophomores’ “Play Those Oldies Mr. DJ” and the romp continues with 11 more classics hand-picked by Kyle.

Kyle delivers “Gee (But I’d Give the World)” in tribute to Johnny Maestro, shows how heavily he was influenced by Elvis on “Crying in the Chapel” and tips his hat to his friend Bobby Hendricks on a re-boot of “Drip Drop”. Gene Pitney’s “Every Breath I Take” is a stand out, showcasing Kyle’s rarely-heard baritone and beautiful falsetto as the track progresses.  The “little boy” leads are represented here too, with “The Diary” and Tiny Tim & The Hits’ “Wedding Bells”.

The arrangements are true enough to the originals that no purist will be offended, but most bear the signature embellishments of Kyle’s 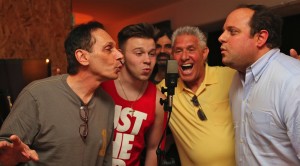 musical director and the co-producer of the CD, Tom Schizzano. Schizzano arranged the tracks and is playing keyboard, guitar and bass and his work is one of the highlights of the disc. Vocal accompaniments on varying tracks are provided by The Sweethearts of Sigma (who sang on Philly soul recordings by artists such as The Stylistics and The Spinners), the Jordanaires (who backed Elvis and Ricky Nelson, among others) and Warren Tesoro and Bernard “BJ” Jones (who frequently appear live with Kyle). I had the pleasure of of singing on 2 of the tracks with Kyle, Tommy Ferrara (original bass of The Del-Satins, heard on all of Dion’s solo hits and The Capris’ “Morse Code of Love”) and Phil Granito of The Duprees. 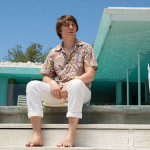