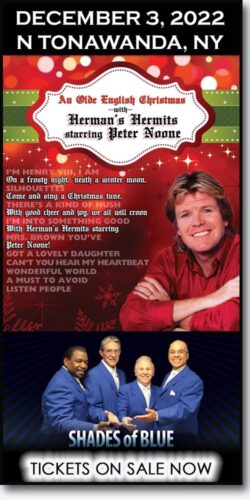 Heavy on hits and led by Peter Noone, the iconic British 60s headliner Herman’s Hermits comes to the Riviera this holiday season, featuring a playlist that will transport you back in time!

Known on both sides of the pond for songs like “I’m Into Something Good”, “Mrs. Brown, you’ve Got A Lovely Daughter”, “I’m Henry VIII, I Am”, “Silhouettes”, “Can’t You Hear My Heartbeat”, “Wonderful World”, “Just A Little Bit Better”, “There’s A Kind of Hush”, “A Must To Avoid”, “Listen People”, “No Milk Today” and “The End of the World”. Ultimately, Herman’s Hermits sold over fifty-two million recordings. In all, fourteen singles and seven albums went gold. As “Herman”, the photogenic Noone graced the cover of nearly every international publication including Time Magazine. The 1990s found Peter embarking on a four-year stint as the winsome host of VH1’s My Generation, the highest-ever-rated half hour retrospective of pop/rock music. Accompanied by his band, Noone currently performs over 200 concerts a year in addition to hosting “Something Good” on Sirius XM 60s on 6. Peter consistently plays to sold-out venues and his admirers span the generations. December 3rd will be filled with Peter’s hits and holiday favorites. If you’re a teenager of the 1960s or just love good music, don’t miss one of the most energetic and fun-filled rock and roll shows you’ll ever see. 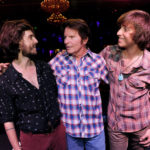