5 Things You Didn’t Know About the Brooklyn Bridge

The Brooklyn Bridge has long been considered one of the best bands to come out of New York in the late 1960s, both vocally and instrumentally.  Much has been written about the legendary band, but here are 5 things you probably did not know about The Brooklyn Bridge… 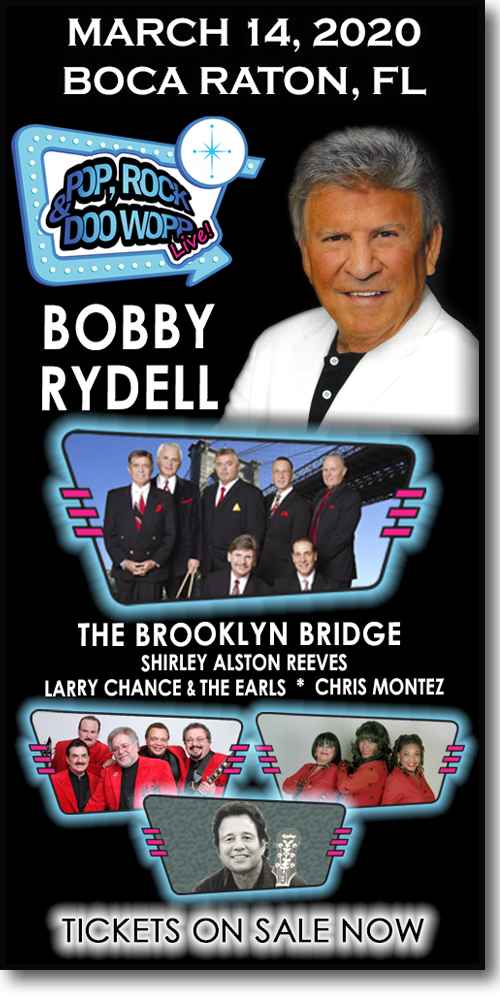 1.  Maestro was not a solo act or singing lead for The Crests when he formed The Brooklyn Bridge.  He was singing lead for The Del-Satins. Many fans are aware that the group was the coming together of two groups, The Del-Satins and The Rhythm Method, at a “battle of the bands” at Cloud Nine, a bar and lounge on Long Island.  But few stopped to ask how Johnny Maestro came into the picture.  Through much of the sixties, Maestro was still fronting the Crests (although the 60s line-up contained no other original Crests), performing at night-clubs and showrooms.  One night, Fred Ferrara of The Del-Satins approached Maestro and asked him if he would join The Del-Satins to replace their original lead singer, Stan Zizka, who had recently left.  Maestro initially declined, but had his manager call Freddy a week later, saying he had reconsidered and would indeed accept the offer.  See the bonus interview clip at the end of this article for Les Cauchi’s take on Maestro’s role in the Del-Satins’ career. 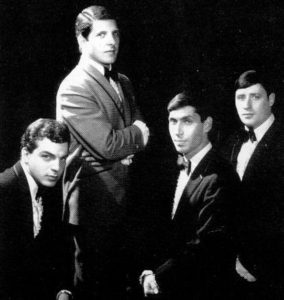 Johnny Maestro (top) as lead singer of The Del-Satins.

2.  The Rhythm Method wasn’t a real band.  The owner of Cloud Nine was bass player Jimmy Rosica’s friend’s father, Mr. Brownstein.  (Rosica has played bass for the Bridge since its inception.)  He suggested to Jimmy that he and his friends compete at an upcoming battle of the bands he was hosting.  Jimmy recalls, “Some friends and I were just trying to play down my basement.  It wasn’t very good and only a couple of guys could actually play.  I said to Mr. B, “We’ve never played outside of my basement,” and he said “What have you got to lose?”  They didn’t even have a name until they realized that they needed one and guitarist Rich Macioce quickly suggested the play-on-words that they ended up using.

3.  Jimmy Rosica almost didn’t make the cut.  At the Cloud Nine, a representative of Maestro’s manager, Betty Sperber, approached The Rhythm Method about meeting with her and Johnny at her office to discuss a business proposition.  Jimmy Rosica and Tommy Sullivan represented the band at the meeting that Monday.  The proposition was an invitation for the 7-member brass-heavy Rhythm Method to merge with the 4-piece Del-Satins (who were vocally stronger) to form a new “best-of-both-worlds” ensemble.   Rosica recalls, “We thought it was a joke.  Are you kidding us?  We were 20 years old.  ‘Yes! We definitely want to merge.’”  But walking out the door, Maestro, who had been playing bass with the self-contained versions of The Crests and Del-Satins for years, stopped Rosica and asked, “How happy are you with your bass player?”  Rosica recalls responding, “I’m the bass player.”  Maestro replied, “Well, never mind, then.”

The Brooklyn Bridge will be appearing March 14, 2020 in Boca Raton – Click here for details

4.  The newest and youngest musician in the band first played with the Bridge 48 years ago.  On The Brooklyn Bridge’s fourth LP, “Bridge in Blue”, released in 1972, the guitar solo you hear on “Man in a Band” is played by none other than a 16-year-old Jimmy Sarle.  Jimmy joined the band officially in 1979,  joining his guitar mentor Jimmy Rosica as well as Lou Agiesta and Marty D’Amico who have been members since the seventies as well.  Forty-five years after he first played with the band and 38 after officially joining their ranks, he is the band’s “newest” instrumentalist.  Founding / original member Joe Ruvio re-joined the group as a vocalist after the passing of Freddy Ferrara in 2011.

5.  The group’s new lead singer has sung with doo wopp and disco royalty.  You might know the band’s front man from his original songs “You’re the Best” (heard in the Karate Kid) or “Lady, Lady, Lady” (heard in Flashdance and 2017’s award-winning “Call Me By Your Name”).  Or you might know that he was an original member of The Brooklyn Dreams.  But Esposito’s voice is enshrined in disco history for his soulful duet with Donna Summer on the million-seller “Heaven Knows” and he briefly sang as a member of The Mystics when the Brooklyn Dreams moonlighted with original Mystic Al Contrera’s seventies incarnation of the street-corner doo wopp combo.  Esposito’s voice is also heard on recordings by Brenda Russell and Ringo Starr.  In later years, The Brooklyn Dreams’ story would become intertwined with that of the Planotones and, when Dion needed singers to accompany him on a Star Vista infomercial in 2014, he asked Esposito and Planotones’ leader Kenny Vance to do the honors.

Brooklyn Bridge founding member, the late Les Cauchi recalls the significance of Johnny’s participation, beyond the success that it brought to the group, “Going back to 1957 or 1958, when the early Del-Satins would play basketball, we used to look for a bathroom or someplace to sing in between periods.  We were at University Settlement House and a couple of us just happened to walk into this gym looking for an echo and at the end there was this little stage area.  There’s this guy all by himself and he’s plucking away at this guitar and we walked up to this guy.  He didn’t say a word but we were looking at him, and Freddy said, ‘That’s Johnny Maestro up there.’  Johnny was very instrumental in our minds, in our psyche.  The first songs we ever sang on the street corner, which happened to be on the street corner of Freddy’s building, were ‘Sweetest One’ and ‘My Juanita’ and there we were in front of this guy.  It was sort of mystical in a way that we were actually there.  Our lives paralleled in a way.  Johnny was on COED Records with Billy Dawn Smith and we were also exposed to COED and Billy Dawn Smith and all those guys.  We would go to certain events where Johnny was performing, like at the Hollywood Terrace in Brooklyn or we would be invited to an event and Johnny was performing or we’d be at the same table together.  So we would run into each other and we’d worked with him at the Catskills shows and things like that, so we kind of meshed.  Johnny was always, somehow, around us.  The fact the Johnny and the Del-Satins actually became one, was kind of a destiny in a way.  It was really meant to be.” 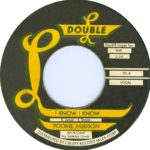